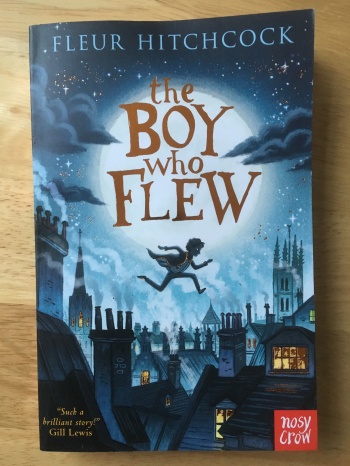 This darkly plotted mystery has as many twists and turns as the Georgian alleys of Bath and presents a grimy, squalid view of a city that many of us only see in its tourist-attracting glory. I was prompted to read it as part of the wonderful #PrimarySchoolBookClub and it left me with a very different impression of one of my favourite cities.

The story is set in Georgian times, when The Royal Crescent had been newly constructed, and upper class residents and visitors (the children in the book refer to them as “The Quality”) spent their leisure at The Pump Rooms and Ballrooms of Bath. Athan lives with his mother and two sisters above their tailoring/dressmaking shop, spending his days working on engineering designs with his elderly neighbour Mr Chen and his nights scaling the rooftops of the city with his best friend Tod. His routines are horribly interrupted by the gruesome murder of Mr Chen. It becomes apparent at the auction of Mr Chen’s property that someone is trying to get their hands on Mr Chen’s designs for a flying machine and claim the huge bounty at stake for the first manned flight!

This book has a fine cast of villains, ranging from Athan’s own grandmother, who continually refers to his crippled younger sister Beatty as “cursed” and “a changeling” to the ruthless, cruel and unflinching Colonel Blade, who dresses like a gentleman but whose behaviour is as far from gentlemanly as possible. I love this description of him from Athan when he encounters him at a card game in the Pump Rooms:

“He’s talking like a diamond but I know he’s a piece of coal.”

Fleur Hitchcock has penned a suspense-laden mystery with some uncompromising descriptions of the sooty, foul, underside of life in a Georgian city. The friendship between Athan and Tod is wonderfully realised, as is Athan’s devotion to his family, particularly his sisters Polly and Beatty. The last eighty or so pages held me breathless as Athan scrambled to uncover the evil deeds of Colonel Blade. There are a few moments of vivid description which I think make this book most suitable for children in Year 6 and above as they might be  upsetting for younger readers.

I love books! I run a small primary school library on a part-time basis. Currently studying for a post-graduate qualification in Library and Information Management, part-time with the University of Ulster. View all posts by veronicaprice2163